A transistor is a type of semiconductor device that is typically used to amplify a signal or to act as a relay to turn something on and off. The transistors you'll work with come in two main groups: Bipolar Junction Transistors (BJT) and Field Effect Transistors (FET). BJTs are widely used in hobby electronics and Patchr lessons. FETs on the other hand are are more common in industry.

A bipolar junction transistor is the most common type of transistor you'll encounter in these lessons, and they come in two main varieties: the PNP and NPN. Each letter in their names stands for P- and N-type silicon and also indicates the order in which they are arranged in the transistor.

Quite physically, a PNP transistor is a sandwich of P-type a sliver of N-type, and another healthy slab of P-type. This isn't hyperbole, the outer P-type of silicon is larger than the small middle N-type. The opposite is true for the NPN transistor. Here the bread in this transistor sandwich is made of N-type silicon.

Types of Silicon Used in BJTs# 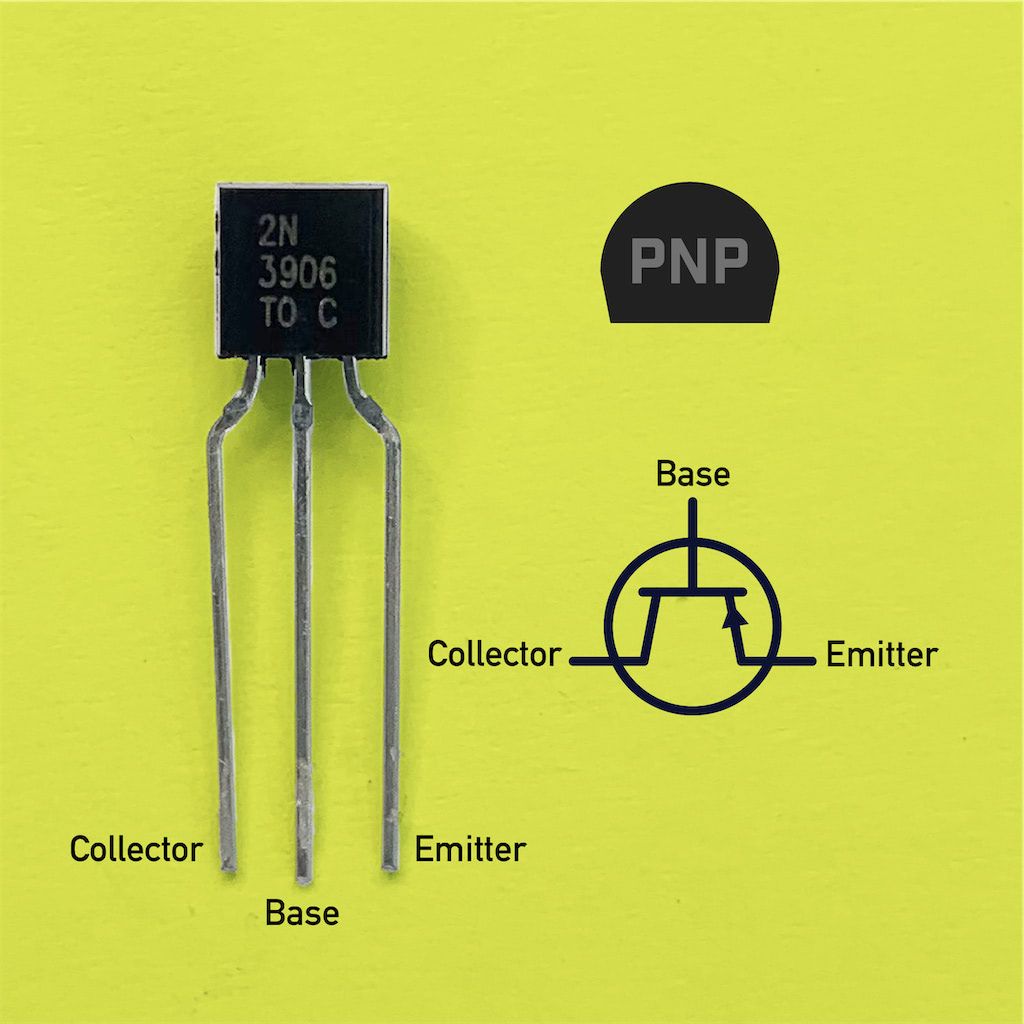 A PNP transistor is a sandwich of P- and N-type silicon with the P acting as the bread of the sandwich. 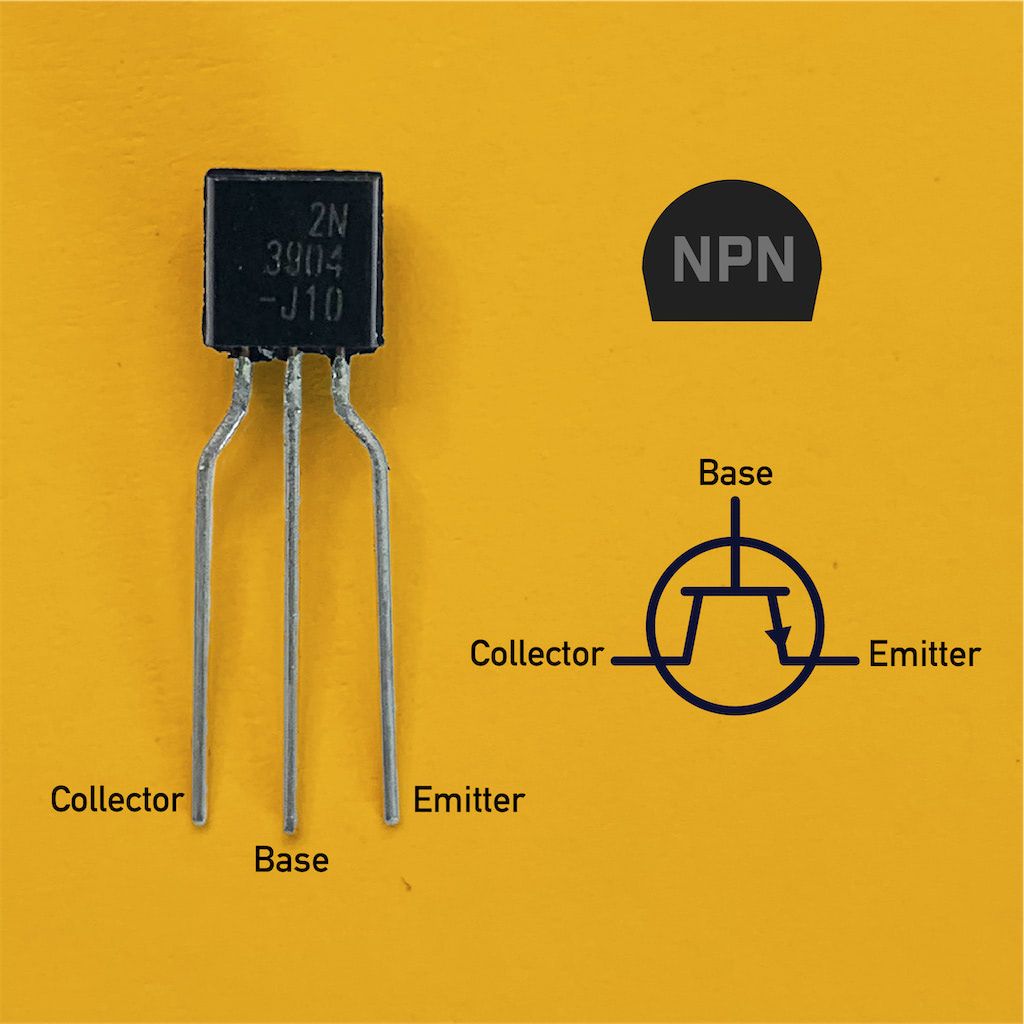 An NPN transistor is a sandwich of N- and P-type silicon with the N acting as the bread of the sandwich.

Without going too deep into an explanation on the history of electronic theory it's important to know that historically it was theorized that current flowed from positive to negative. This is in fact the opposite of what takes place. Electrons move from negative to positive.

Don't get turned around. The arrow on the schematic symbol of a transistor shows the direction of conventional current not the directions electrons move — negative to positive. This can make understanding a transistor a bit of mental gymnastics.

Before the invention of the transistor in December 23, 1947, a large, heavy component called a vacuum tube dominated the electronics world. Due in part to the component's shear size, computers built using vacuum tubes took up entire rooms in laboratories. Fortunately for the world of mobile computing, the transistor provided engineers with a smaller, lighter alternative to the vacuum tube and the miniaturization of computing blossomed.