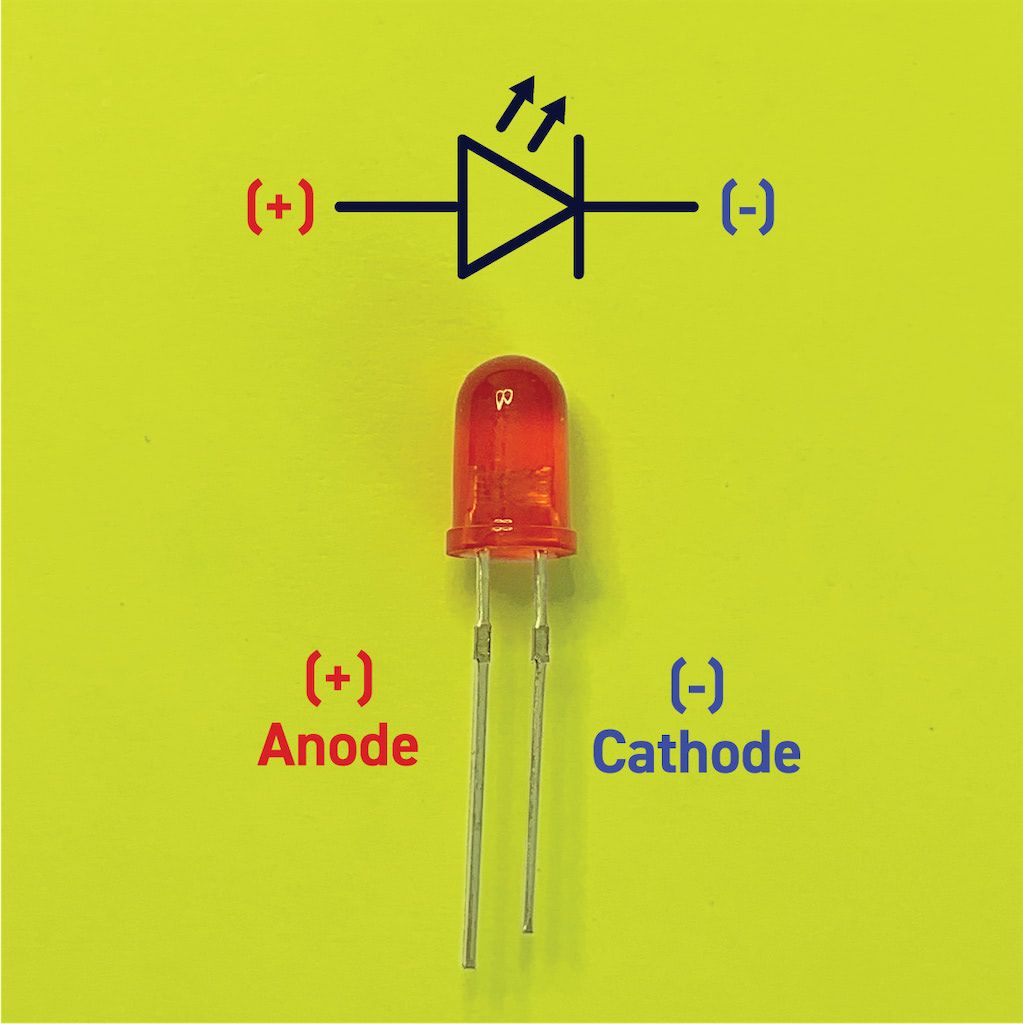 A cathode refers to the more negative lead of a polarized component such as an LED. Components with cathodes also have anodes, the more positive lead.

How to tell which lead is the anode and which is the cathode?!?#

Typically, the longer lead on a polarized component is the anode and the shorter lead is the cathode. Of course, that's if someone hasn't trimmed the leads.

To help avoid polarity confusion, manufacturers add other small details to components to help you determine if a lead is more positive or negative. For example: